Magdalena’s speech focused on the key to her career successes and highlighted parts from her new book, Power Up: How Smart Women Win in the New Economy. She asserted that the biggest contributor to her success was her “otherness”. She explained that growing up in Istanbul, Turkey as an Armenian, she was seen as the “other” because she was Armenian. Likewise, in Armenian society she was seen as “other” as her family is Protestant, unlike most Armenians who are Orthodox. Being an “other” taught Magdalena that she didn’t need anything from anyone else.

Magdalena shared that the AIWA-San Francisco “Bridging Our Worlds” Gala was the first time she had addressed a large Armenian audience. When she first learned about AIWA-San Francisco’s mission and its focus, she mentioned that she was immediately moved and drawn to the organization. This is a special testament to the work AIWA-San Francisco is doing to change lives.

The Armenian International Women’s Association is a dynamic global 501(c)3 dedicated to empowerment, education and enrichment. Through many projects and initiatives,  AIWA is dedicated to inspiring, empowering and connecting Armenian women worldwide. 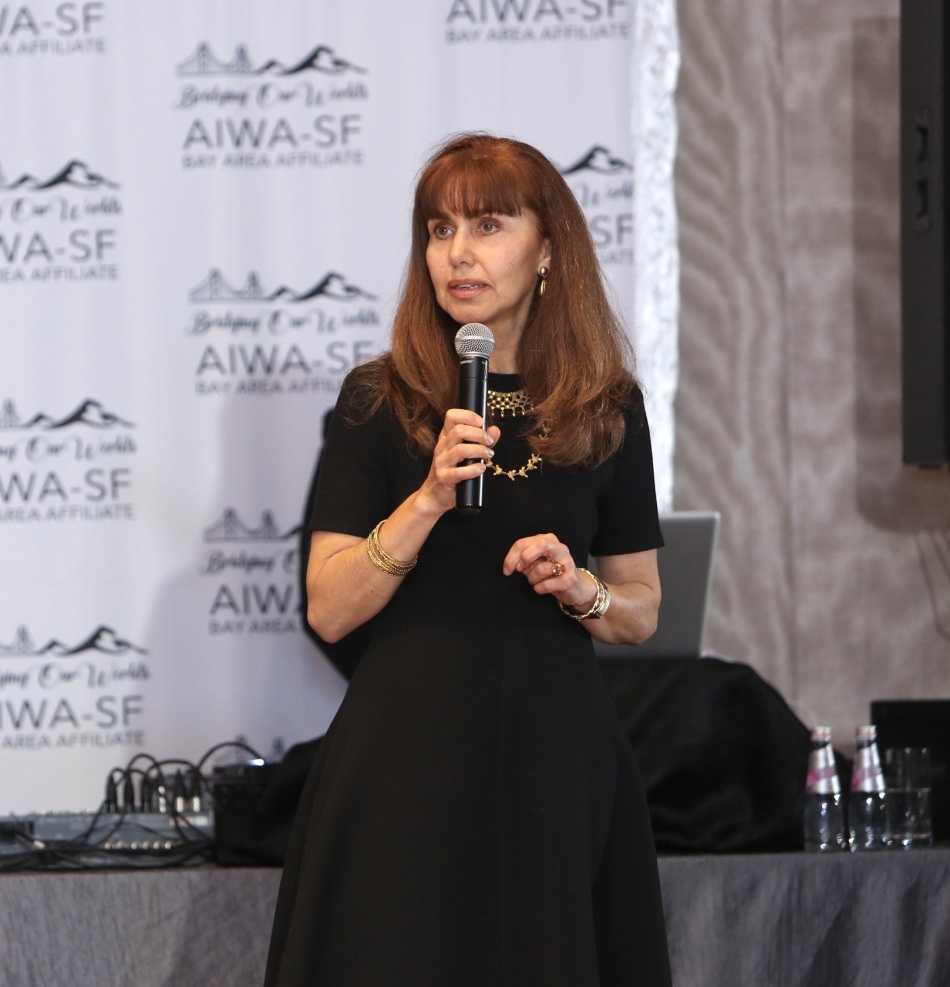