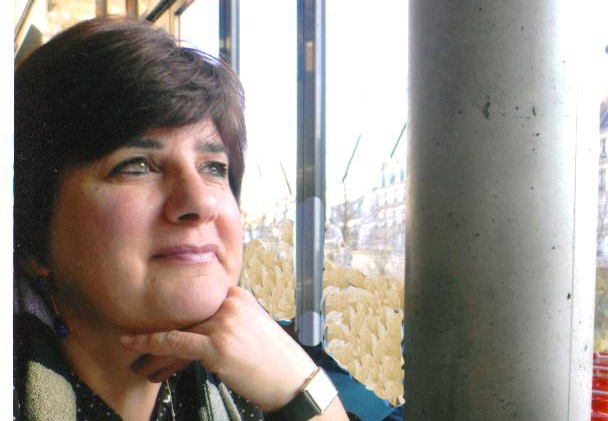 THRIVE is an AIWA-SF April project dedicated to highlighting Armenians who are doing amazing things in their personal and professional lives to better themselves and those around them.  These individuals are inspiring, dynamic, innovative and interesting. Today, we feature Mimi Malayan. 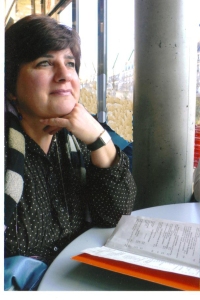 Mimi was born in San Francisco, but grew up around the world, as her father took jobs in Holland, France, Germany, Bangladesh and Brazil.  This experience had a huge impact on her perspective, supporting a global view. It was only as Mimi matured that her interest in her Armenian heritage was sparked—the other end of the spectrum—which ultimately resulted in the production of her film, THE STATELESS DIPLOMAT, Diana Apcar’s Heroic Life.

After completing her B.A. in French Language and Literature at George Washington University, Mimi married and relocated to various eastern U.S. cities (Washington, D.C., Detroit, Atlantic City, Chicago, Atlanta) due to her husband’s work.  When they divorced, Mimi returned to San Francisco, which she always considered home. It was a transnational time in her life, and the start of a new career.

While cleaning her uncle’s apartment after his death, Mimi found a box dedicated to Diana Apcar.  Mimi knew that her great-grandmother was Honorary Consul to Japan during Armenia’s first Republic, but the true scope of her contribution to Armenia and its people had never been discussed in family settings.  This was the start of a long journey of discovery into Diana’s accomplishments.

Mimi’s research has produced an extensive archive, including documents, articles, letters, photographs, and memoirs from Genocide survivors aided by Diana.  With each new discovery, Mimi realized that her great-grandmother’s humanitarian deeds far exceeded her wildest imagination. In fact, the scope of Diana’s achievements as writer, activist, humanitarian, and diplomat, was unique in women’s world history.

Wanting to share this history with the largest possible audience and give Diana the recognition she deserved, Mimi decided that a film would be the most effective way to reveal Diana’s story.  And so this sparked another career, the making of a documentary film.

To view the trailer, please use the following link: https://vimeo.com/user26379713 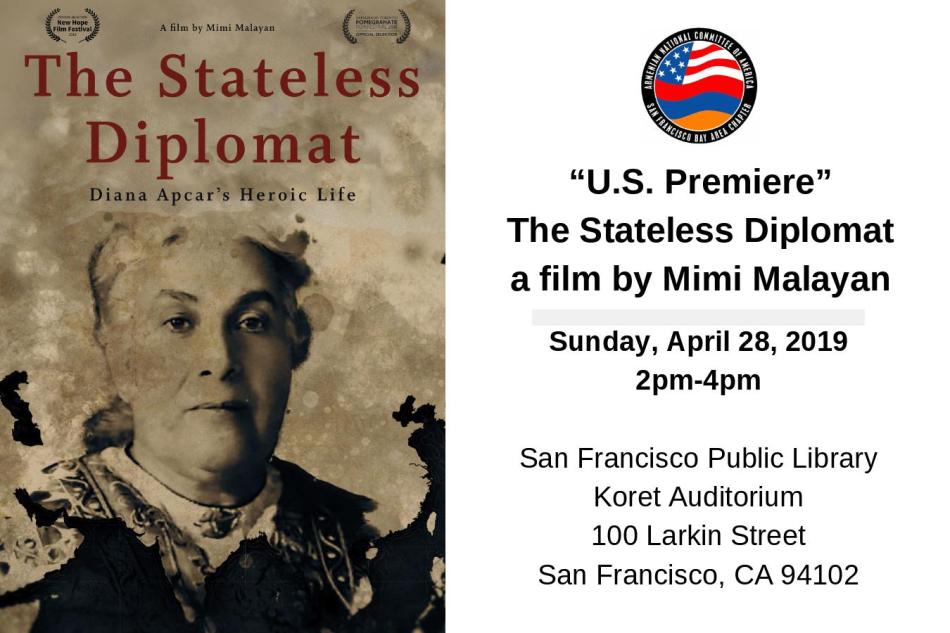 The Armenian International Women’s Association is a dynamic global 501(c)3 dedicated to empowerment, education and enrichment. Through many projects and initiatives, AIWA is dedicated to inspiring, empowering and connecting Armenian women worldwide.