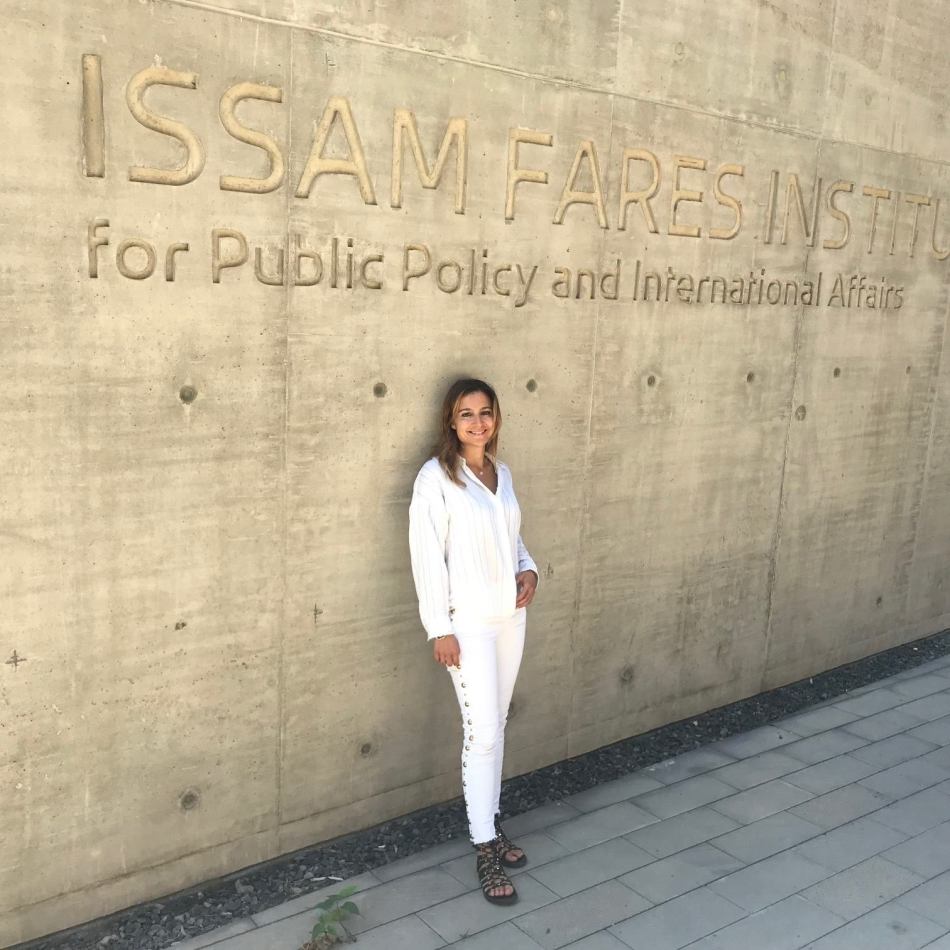 As an international organization, it is always heartwarming to hear stories of what our members are doing globally. Sarine Karajerjian, is an AIWA-SF member living in Beirut, Lebanon. With family in the San Francisco Bay Area, she feels a strong connection to AIWA and is keen on empowering and connecting women and Armenians worldwide. As Co-Founder of the Issam Fares Institute for Public Policy and International Affairs within the American University of Beirut (AUB), she is the Grants Manager and oversees Special Projects. The institute, was founded in 2006 and now has a team of 38 who are committed to talking about social issues, including social justice, refugees, education, health, policy, development and much more.

With a background in Environmental Health and Policy, Sarine says working at the Institute is amazing; it is a place where ideas are initiated, and impact is made.  She works with dignitaries, academics, scholars, leaders, the United Nations and several other organizations to initiate projects that help expose and solve socially relevant problems within the Middle East and throughout the world.

Sarine explores the topic of Syrian refugees’ health, in particular the women.  She presented her research paper and findings on Syrian women refugees’ mental health to the Middle East Medical Assembly. Most refugees in Lebanon are not registered so it’s hard to know how many there are.

She shares some of the stories of the women she has spoken with.  They are struggling to survive and it’s not easy. She has met many women who are physically reacting to the stress, many have lost most of their hair or are constantly menstruating; almost all can’t sleep and suffer from nightmares. The displaced families had lives in Syria.  They had a home, jobs, businesses, their children went to school, they had a community. They had stability, security, and saw a future for their children.  Now, it’s common for 2-3 families to live in one small apartment, they have no healthcare, not all the children are able to go to school. Their lives, their stability, their security, everything has changed.

Sarine will continue to ask questions like who will support the women during the conflict? Sarine is particularly interested on this topic because she says it’s important, relevant and notices that the stories and human element of this often goes unnoticed and ignored.  She notes that this topic has implications across many spectrums including government, families, policy, financial, healthcare, all while the conflict in Syria continues today.

0 comments on “Hope in the Shadows”