For several years AIWA-SF has had a unique scholarship partnership with AUA. Our scholarship is both academic and pragmatic as we require students to participate in an internship. Suzanna Khatchatrian, Founding AIWA-SF Member and current AIWA-SF Executive Committee member who serves as our project lead shares “having attended WCIT in Armenia, it was an incredible honor to expose our scholarship recipients to real-time opportunities in Armenia. The future is so bright!”

We are delighted to announce and feature our four 2019-2020 AIWA-SF scholarship recipients and share their stories and letters to us. Today, we feature Liana Simonyan.

Liana Simonayn is a second-year graduate student majoring in Political Science and International Affairs (PSIA) at the American University of Armenia (AUA).

As a requirement of her scholarship, Liana interned at the World Congress on International Technology (WCIT) in the summer of 2019. WCIT was an incredible global technology conference held in Armenia on October 6-9.

During her internship, Liana worked closely with the Public Relations department writing press releases, doing translations and assisting with organizational tasks. She asserts that the internship was a useful experience for her, as she gained new skills in research and writing for the media.

Armine Udumyan, the PR Officer at WCIT, was Liana’s supervisor. She expressed her positive impression of Liana’s  performance placing emphasis on her sense of responsibility and punctuality, hardworking character and openness to learning.

At the end of her internship Liana was offered to continue working as a full-time employee at WCIT, which she respectfully declined as she has been selected to take a semester in Austria in the fall 2019. Speaking about her plans and goals after graduation, Liana remarked the possibility of working in public relations, as it was something she got interested in when interning at WCIT’s PR department. 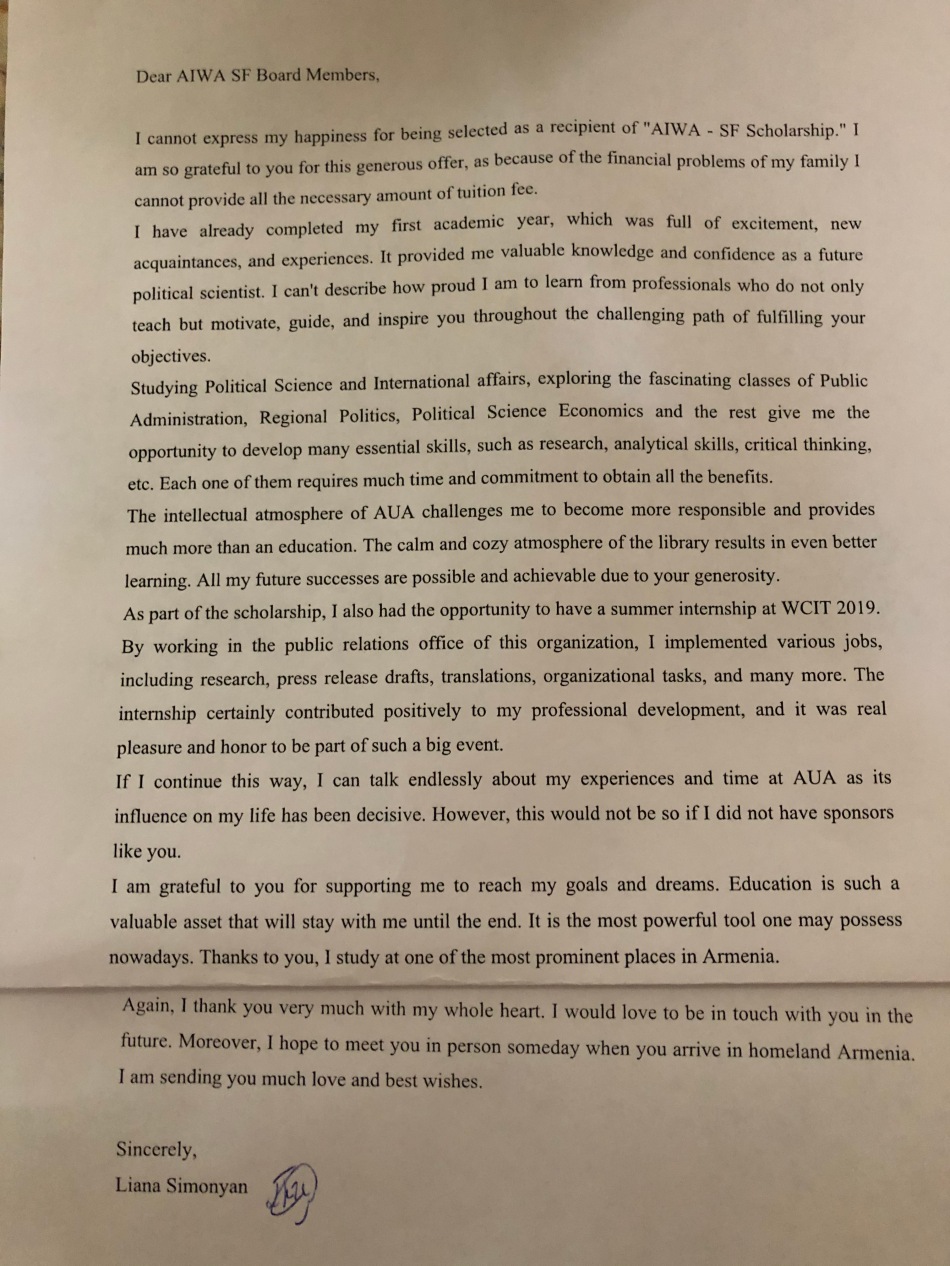