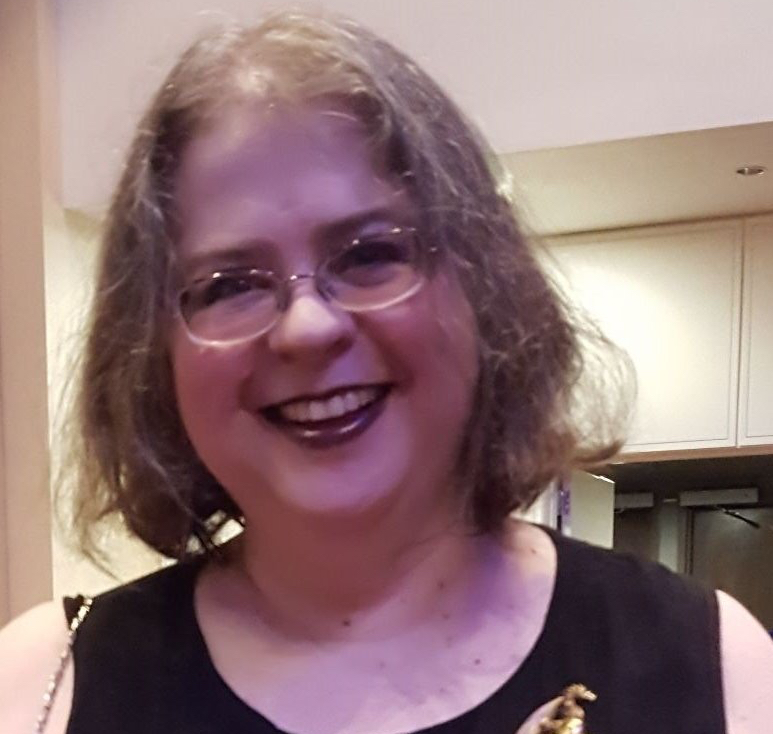 THRIVE is an AIWA-SF April project dedicated to highlighting Armenians who are doing amazing things in their personal and professional lives to better themselves and those around them. These individuals are inspiring, dynamic, innovative and interesting. Today, we feature Vera Nazarian, Award Winning Author and Artist, Publisher Norilana Books.

Vera Nazarian is a two-time Nebula Award® Finalist, a Dragon Award 2018 Finalist, and

a member of Science Fiction and Fantasy Writers of America. She immigrated from Moscow, USSR in 1975 as an 8-year old girl, with her Armenian father and Russian mother, spent a civil-war-ridden year in Beirut, Lebanon as a refugee, then arrived by way of Greece to the United States, and settled in Los Angeles, CA. She professionally sold her first story at the age of seventeen to Marion Zimmer Bradley’s classic fantasy anthology Sword and Sorceress #2 (DAW Books, 1985) while still a high school student, and has since been published in numerous anthologies, magazines, and publishing houses, honorably mentioned in Year’s Best anthology volumes, and translated into eight languages.

Vera made her novelist debut with the critically acclaimed Dreams of the Compass Rose, inspired by stories of the 1001 Arabian Nights and her own Armenian heritage, followed by Lords of Rainbow, about a world without color. Her novella The Clock King and the Queen of the Hourglass made the 2005 Locus Recommended Reading List. Her debut collection Salt of the Air contains the 2007 Nebula Award-nominated “The Story of Love.” Other work includes the 2008 Nebula Finalist novella The Duke in His Castle, science fiction collection After the Sundial (2010), The Perpetual Calendar of Inspiration (2010), three hilarious Jane Austen mashup parodies, Mansfield Park and Mummies (2009), Northanger Abbey and Angels and Dragons (2010), and Pride and Platypus: Mr. Darcy’s Dreadful Secret (2012), all part of her Supernatural Jane Austen Series, a parody of self-help and supernatural relationships advice, Vampires are from Venus, Werewolves are from Mars: A Comprehensive Guide to Attracting Supernatural Love (2012), Cobweb Bride trilogy (2013).

Most recently, the four books in her bestselling international cross-genre phenomenon series The Atlantis Grail, are now optioned by 405 Productions for development as a feature film and/or TV series: Qualify (2014), Compete (2015), Win (2017), and Survive (2020).

After many years in Los Angeles, Vera now lives in a small town in Vermont. She uses her Armenian sense of humor and her Russian sense of suffering to bake conflicted pirozhki and make art.

In addition to being a writer, philosopher, and award-winning artist, she is also the publisher of Norilana Books. Her words have been quoted widely by international media outlets and celebrities including Sir Richard Branson, Charlamagne tha God, and Chuck Norris.

My philosophy is that each of us has to find our one true purpose in life and pursue it relentlessly with all passion and honesty. It is the secret to human happiness. Personally, I’ve discovered that my own individual purpose seems to be to inspire others, to give hope, and joy, and the will to persist. All of these things I attempt to do with my art, within my books, in order to inspire my readers via the devious and magical craft of telling stories that evoke a sense of wonder. There is love of course, but love is a given. Purpose comes first, and love grows from it naturally, like a flower.

I hope we all manage to survive the increasing difficulties of our modern age and overcome the misconceptions and shortsightedness and violent tendencies for conflict that seems to be so ingrained in all of us—fallible, complex, wonderful human beings—in order to leave a better planet Earth for the coming generations.

We must not forget the historical past and our traditional ethnic roots, no matter where we end up living, because it shapes our future. We must trust our own true gut senses and the scientific method of inquiry, allowing information, not fear, to guide us, as we continue to educate ourselves, life-long. The Earth is not flat, and there was a Moon landing. We must love all living creatures, and believe in essential goodness, and never give up on the dreams of others. We must strive for honor and grace and dignity in our own behavior. Above all, we must under all circumstances, retain our basic sentient humanity.

It’s an amazing thing, being Armenian. No matter where you go, when one Armenian stranger finds another, it’s instant kinship, affinity, a connection of long-lost cousins across a million generations. We meet, and we are strangers no more, but instant family. We get excited and start to talk and laugh, and we bond. I am proud to be Armenian, and have been for as long as I can remember, hearing stories of our heritage from my grandparents, my entire family, as a child.

How has the Armenian culture shaped / influenced you?

It’s more than simple DNA, it is a mindset, a kind of subtle, humorous, energy-filled attitude toward life. The Armenian soul, by default, is the quintessential thoughtful optimist. Curious, wise, creative, inspired. Able to go on boundless flights of imaginative fancy and make impossible discoveries outside the box, a perfect blend of logic and emotion. I always assume it is the Armenian in me who writes the words that I do, the thinking bright things that I aspire to create. And my fictional characters speak through me, whether in mythic ancient fantasy or the far reaches of outer space and bleeding-edge futuristic tech.